Google Developer Expert(GDE) is a program of recognizing the experts in Google Technologies around the globe. The list of technologies includes Android, Google Cloud Platform, Firebase, Angular.js, Kotlin, Flutter, etc. As I understand the aim of the program is to recognize people who are really passionate about one or several technologies. The program provides the early access to the innovations, gathers early feedback from the experts and promotes the technologies through these experts. The important part here is your willingness of sharing the knowledge through open source work, blog posts and/or public speaking. Without it you're just an expert :)

I started my work with Android circa 2011. Back then I was a backend java developer in a small company which were creating insurance solutions for Switzerland. With a couple of coworkers we wanted to try some new awesome tech, and Android was a great choice. It was a completely different thing from Enterprise Java dev, being a somehow familiar at the same time by using Java as a main programming language.

6 years later I considered myself pretty knowledgeable about Android: I spent those years creating a security software for Android in Kaspersky Lab, a messenger in a startup(of course it died), a data sharing solution through my work in EPAM Systems. A mentor of mine shared the idea of trying to become a GDE for Android: it would help my development and improve the company public image. I contacted the regional Google manager(hi, Zviad!) and we had a cozy conversation of how the process looks like and what I need to fill the requirements for the nomination.

The list wasn't long: have a year of public activities sharing  knowledge about Android in any form, apply for a nomination, pass some kind of a technical interview, pass a cultural fit interview and that was pretty much it. It felt like a challenge for me: I only had a couple of talks done back then and barely had any blog posts.

So, I created a plan: I wanted to make 12 talks in a period of a year, and write from 6 to 12 articles. I had several topics in mind I wanted to talk about, and some of those topics could be covered in a form of blog posts as well. By the way, almost all of this work is still available in this blog by the hash tags of #kotlin and #android. Those posts were originally posted to medium, but later I migrated those to this standalone blog(because of reasons). Also I started applying for every mobile related conference. Of course I got a lot of rejections, but some applications were successful! I got invitations to speak in several cities of Russia, Poland, Germany and Greece.  The complex thing was to travel with my family: my wife and me, we had a newborn at that time, and traveling together was a challenge sometimes(we didn't want to leave each other for several days). Ah, sweet times of offline conferences and flights abroad...

That was a lot of fun! I visited Novosibirsk, Drezden, Moscow, Budapest and other cities, and got to know a lot of great people among organizers and conference attendees.

After a year I applied for the GDE for the first time. In details you need to mention all of your impact: how many views your articles gained combine and each one in particular, how many attendees have seen your talk on the conference and how many views the talks gathered afterwards on YouTube. I got a rejection: there were  not enough impact in English speaking community.  Ok, folks :) I negotiated a meetup in Riga with my fellows and gave a talk there. Wrote another article. And applied again.

It seemed successful this time: I got an invitation to an interview with Android Expert(hi, Joe!). We spent an hour discussing Android components, what were my favorites ones and what I would have change. Joe was super nice to talk to. Thanks to him for that conversation! Joe also asked if I had any questions and I asked what were the GDE benefits(not the best thing I could have asked). The time went really well and I thought the accomplishment is near. I was wrong :)

Anyhow, I got a feedback: I looked like I was applying not for being useful as an expert to the community, and more like I was looking for benefits. And you know what, looks that was a right pick. I was pretty selfish and narcissist. I was thinking how good as a public speaker I was and how cool would be to have a title of GDE. I now think it is an internal problem of my own coming from the childhood and I was trying to proof myself I am worth(of what?).

Several months later I was giving a couple of talks at Droidcon Berlin(one wasn't recorded, but the second one is available here . Search for "Wake Up, Neo"). There I spoke with DevRel team of Google, with the conference organizers and met the team from Bitrise. That was such a cool event!

I was going to reapply half a year later, but I changed the focus from Android to Solution Architecture. I began to spend much less time with Android, and more with arrows, rectangles and system design. It felt so much more interesting to work not only with mobile, but to get the taste of backend development back, learn the whole cloud thing, get to know different NoSQL solutions etc. So I left the idea of becoming a GDE for Android. But this is not the end of the story.

Fast forward another year. I got a project where we picked Flutter as a technology of choice. Cool, new tech! I was already familiar with React-Native, and Flutter is built around very close ideas: declarative UI, components, stage management, cross-platform solution. It was very quick to learn and easy to bootstrap a working prototype. We hired another two engineers and jumped right into the development.

Seven months of commercial flutter development allowed me to write several open source tools(like Flutter Figma Preview and scripts for working with OpenAPI in Dart), several articles about them and couple of public talks. At this time I really wanted to help fellow developers working with Flutter: the technology is still very young and has some caveats I wanted others to avoid. I believe this is the right attitude for a GDE, and I thought the same back then. So I applied for a Flutter GDE.

Soon enough, I got another rejection with a feedback as well(Hi, Ekaterina!). This time 8 months were not enough, as Google kinda requires at least a year of contribution. We agreed I would include my work in Mobile People Talks podcast, so that I would have more than a year of a contribution track. And... I never applied again.

With the project ended an me changed the job, I stopped contributing to Flutter community. I need to add nullability support to Flutter Figma Preview, but I don't have enough focus to do that(PRs are welcome!). I don't have a project at hand to work on and so there is no input to write articles on.

A big part of my job is engineering management now. For the technologies, Now I work with Kotlin and Spring, Node.js, Kubernetes. I switch the technologies pretty frequently , and I enjoy working with many different ones. I like to design the systems which solve business problems, not going deep into a single one(which are not mutually exclusive, but I can't make it happen). It looks like I just don't fit the program well despite my willingness to share the knowledge I have(why do you think I have this blog, and why it's free for you?). But I realized this is perfectly fine! It doesn't mean the GDE program brings less value(however, I don't clearly understand some of the program choices) or me having less worth. You don't need to think less of yourself because you don't fit some spot. Looks like I am pretty happy now with where I am and what impact I bring, and I wish you achieving the same.

I also would like to say that many people I adore became GDEs recently and that was well deserved in my opinion. You can follow Kirill Rozov, Anna Zharkova and Aleksandr Denisov. Great to know the program recognizes their efforts.

If you liked the article, don't forget to Subscribe to get notified once a new article is published. Sharing the article in your social networks are always welcome as well. 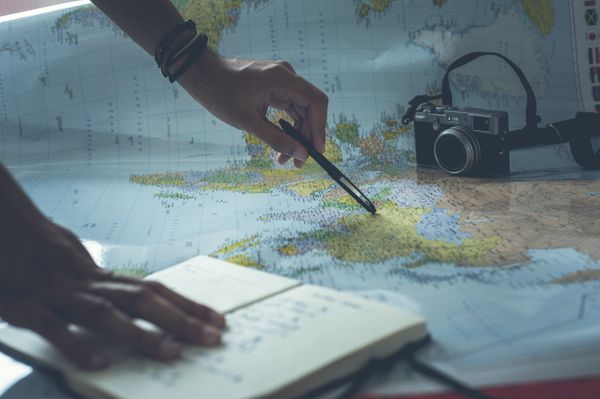 What skill set should the architect have? How to get it? Here's the roadmap 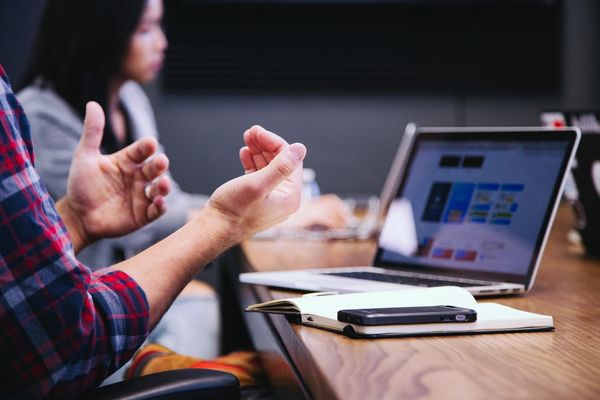 What are the responsibilities of the solution architect?